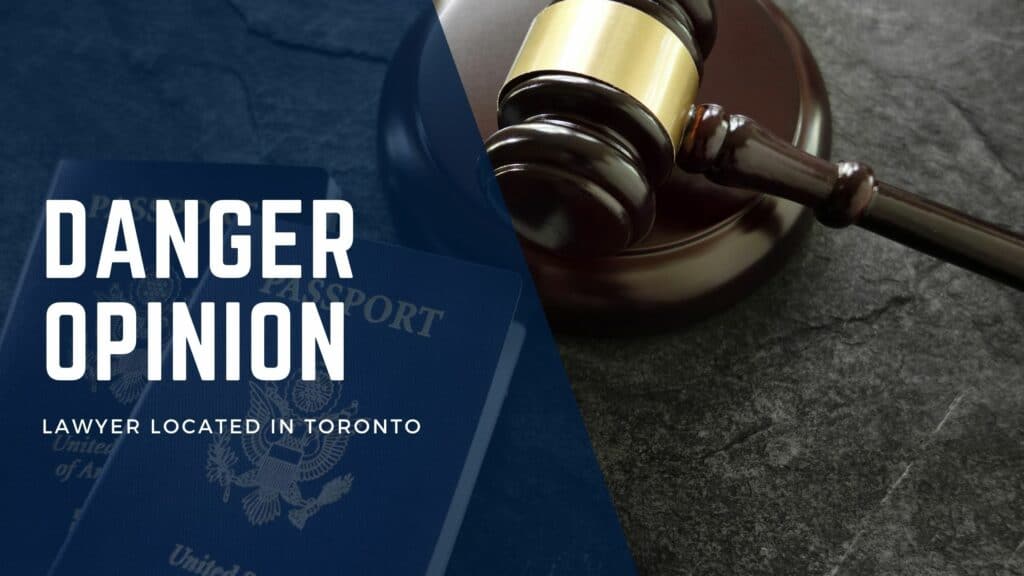 Canada’s International obligations as well as section 115 of the Immigration and Refugee Protection Act ensures that Canada upholds the principle of “non-refoulement”.

This means that states including Canada will usually not deport or remove a protected person or a refugee to a country where they would be at risk of persecution or at risk of torture or cruel and unusual treatment or punishment. There are however exceptions do this rule for individuals who are determined by the Minister to pose a danger.

Prior to a danger opinion being sought a finding of inadmissibility must have been rendered on one of the following grounds:

If a Danger Opinion is issued by the Minister this would allow the government of Canada to remove that person to the country for which he or she sought protection form despite facing a risk of persecution or harm.

How Does the Process work?

When responding to a Danger Opinion It is important to make proper submissions and raise any of the following arguments that might be applicable to one’s case:

The government policies and procedures in respect to ministerial danger opinions can be found in ENF 28 – Ministerial opinions on danger to the public, nature and severity of the acts committed and danger to the security of Canada.

The document provides information about the procedure as well as the factors that officer’s must consider to make a determination as to whether or not an individual poses a danger to Canadians.

A knowledgeable lawyer can assist individuals in arguing the reasons and factors as to why a danger opinion shouldn’t be sought against the person concerned.

If a danger opinion is issued by the Minister the person concerned can be removed from Canada despite having been found a protected person or convention refugee.

In light of the serious consequences associated with a danger opinion being issued it is of utmost importance for the person for whom a Danger Opinion is sought to submit any important document that can support their case.

If you have been issued a notice of intent to seek a Danger Opinion and you need assistance you may want to book a paid consultation to discuss your case with an immigration lawyer. If you have a Legal Aid Certificate we offer a free 30 minutes consultation.